The Asian Games torch relay passed in Banyuwangi on Sunday, July 22, 2018, was special.

The person with a disability is named Achmad Zulkarnain. He was honored to carry the torch, which was the symbol of Asia’s most grand sporting moment. The torch was handed over directly by Banyuwangi Regent Abdullah Azwar Anas to Zulkarnain in front of Diponegoro Stadium, Banyuwangi.

Although the condition of Zul’s legs and arms – as the 25-year-old man’s best friend said – was imperfect, he had no difficulty carrying a torch that weighed up to 2 kilograms. Zul traveled the 500-meter route from the front of the stadium to the south side of Simpang Lima Banyuwangi. In the first 100 meters, he was seen jogging accompanied by Anas Regent and a compact regional leadership forum present specifically for the Asian Games torch relay.

Then, to facilitate the trip in the middle of the crowd of spectators who packed the whole trip, Zul had to use a wheelchair while carrying the torch. Anas Regent and other community leaders took turns encouraging him.

“Alhamdulillah, I am very happy. I can represent Banyuwangi at an event of this size,” said Zulkarnain after carrying out his duties. He claimed to be prepared specially to carry out this task. In addition to using pants thick enough to protect his feet from asphalt friction, he also trains to carry torches. “The practice is to bring a large bottle of mineral water and jog around at home,” he said.

As for the weight of the torch itself, not a problem for him. “It seems like my camera is still heavy,” he said while pointing at a DSLR camera with a 70-200 lens. Not only pride that filled Zulkarnain’s feelings. As a person with a disability, there is a significant meaning he expects. “For me, this is a demonstration, showing the ability of a person with disabilities. For me, this can minimize the strange views of people with disabilities. This is an important mission that I must show on this occasion,” he said.

Zulkarnain’s election is not merely choosing persons with disabilities. However, there is a great enthusiasm to be displayed from the figure of a man from Benelan Kidul Village, Kabat District, Banyuwangi. Physical limitations are not a barrier to achievement. Zulkarnain is famous as a professional photographer. He has won many achievements from his expertise in photographing it. Among his accomplishments were winning the Best Photo Nice Shoot, the Metro TV Award Gantari Award, and the Hellen Keller Motivator, Surabaya. 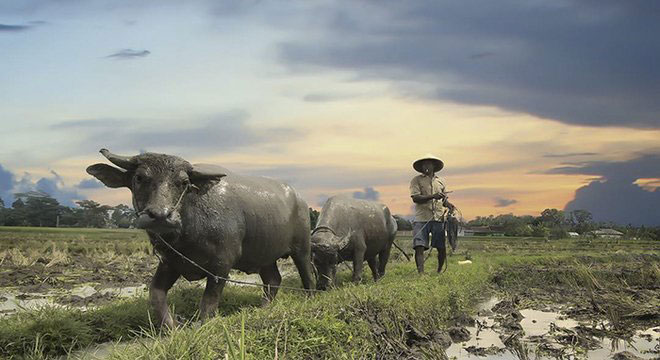 “Zulkarnain’s persistence with all its limitations can carve extraordinary achievements. This is an important lesson for us, that with an unyielding spirit, whatever obstacles and obstacles we can face,” said Anas Regent.

As Zulkarnain said, to be a professional photographer as it is now, is not easy. He must fight the stigma and condescension from others. “I knew this photography about four years ago. Initially, I was just a KTP photographer at an internet cafe (internet cafe),” said Zulkarnain.

Initially only taking pictures for KTP needs, which were only 3×4 size photographs, Zul’s talent in the world of photography began to be sharpened. The student of the University of August 17, 1945, Banyuwangi gradually began to collect money to buy his camera. From there, he began to study to become a professional photographer.

“Initially studying with friends, then I also got the opportunity to study at the Dervish Triadi School of Photography,” he said. Zulkarnain not only deals with photography. He has also pursued other fields. Noted, he had been a musician in the group al-Mumtaz Kasidah. He also learned to skateboard, ride a special motorcycle, and many other things. “I want this limitation not to make others look down,” he said firmly.